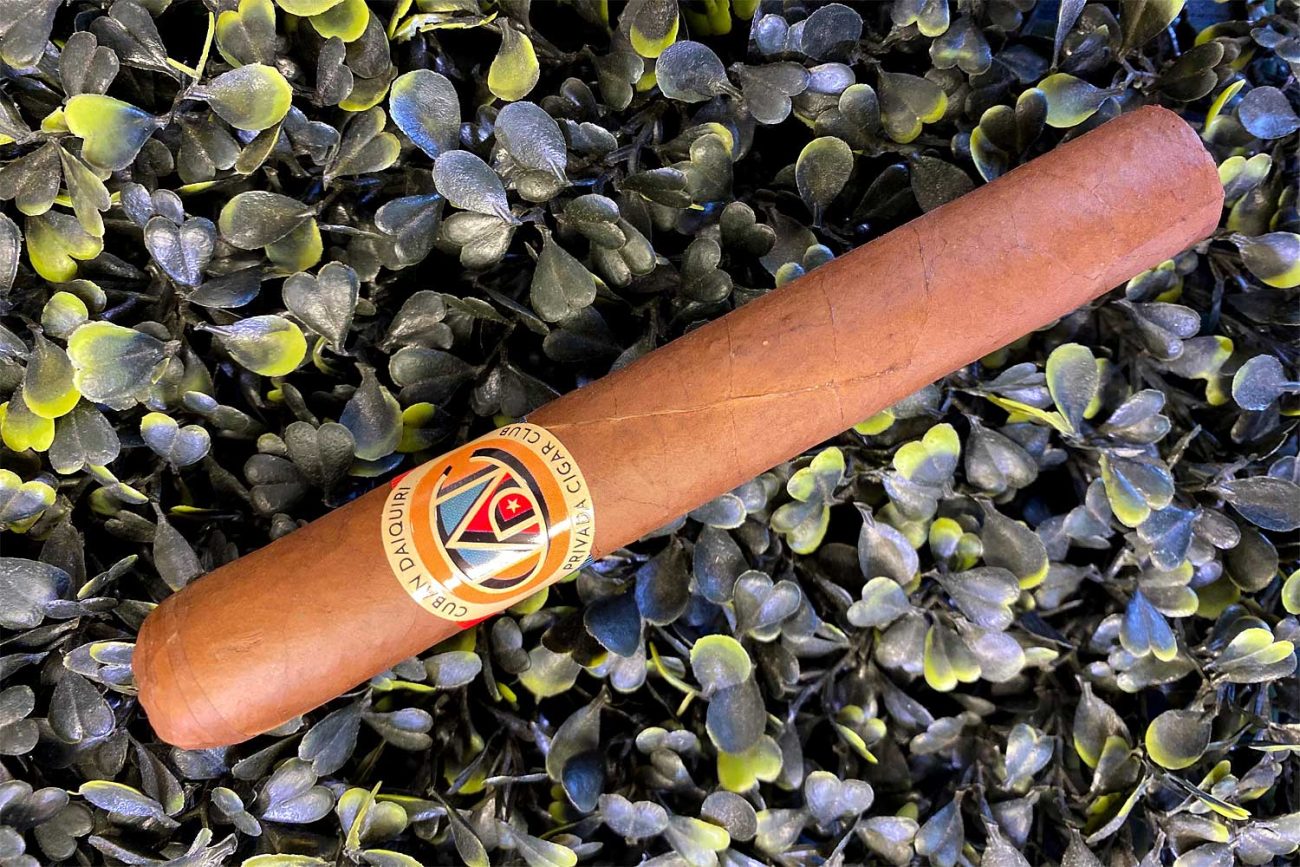 There’s really not much I can tell you about this cigar except for that it is rolled in Costa Rica, that it is a 6×54 vitola, and that it is really good. The factory, the tobaccos, the true origins of the cigar: all undisclosed. I wish that I could share more specifics, but you’ll just have to take my word for it that this cigar was extremely difficult to source and has one wild backstory. Once you smoke one for yourself, you won’t have to take my word for it anymore. It is that good. Enjoy it, because there is a nearly 0.00% chance that you will ever smoke this exact blend again.

Yes, you are seeing that band correctly. That is Matt Booth, owner of Room101 Cigars, in a leopard print cape and Room101 thong. If you are familiar with Matt Booth and some of the crazy things he does (like putting Room101 urinal pads in all the Las Vegas Convention Center bathrooms during a Premium Cigar Association tradeshow), then this just makes sense. Matt Booth made this cigar out of the Joya de Nicaragua factory, which is the same factory where he made the Death Bucket II (one of the biggest cigars of 2020). This cigar is 6×46 with an Ecuadorian Habano wrapper, an Indonesian binder, and fillers from Nicaragua-both Jalapa and Condega. This cigar is now over one-year aged and will not be remade once it sells out.

As always these cigars are very limited and are on sale starting March 4th at Smoke Rings. Call the shop at (321) 453-1422 for more information or to order yours before they are gone.