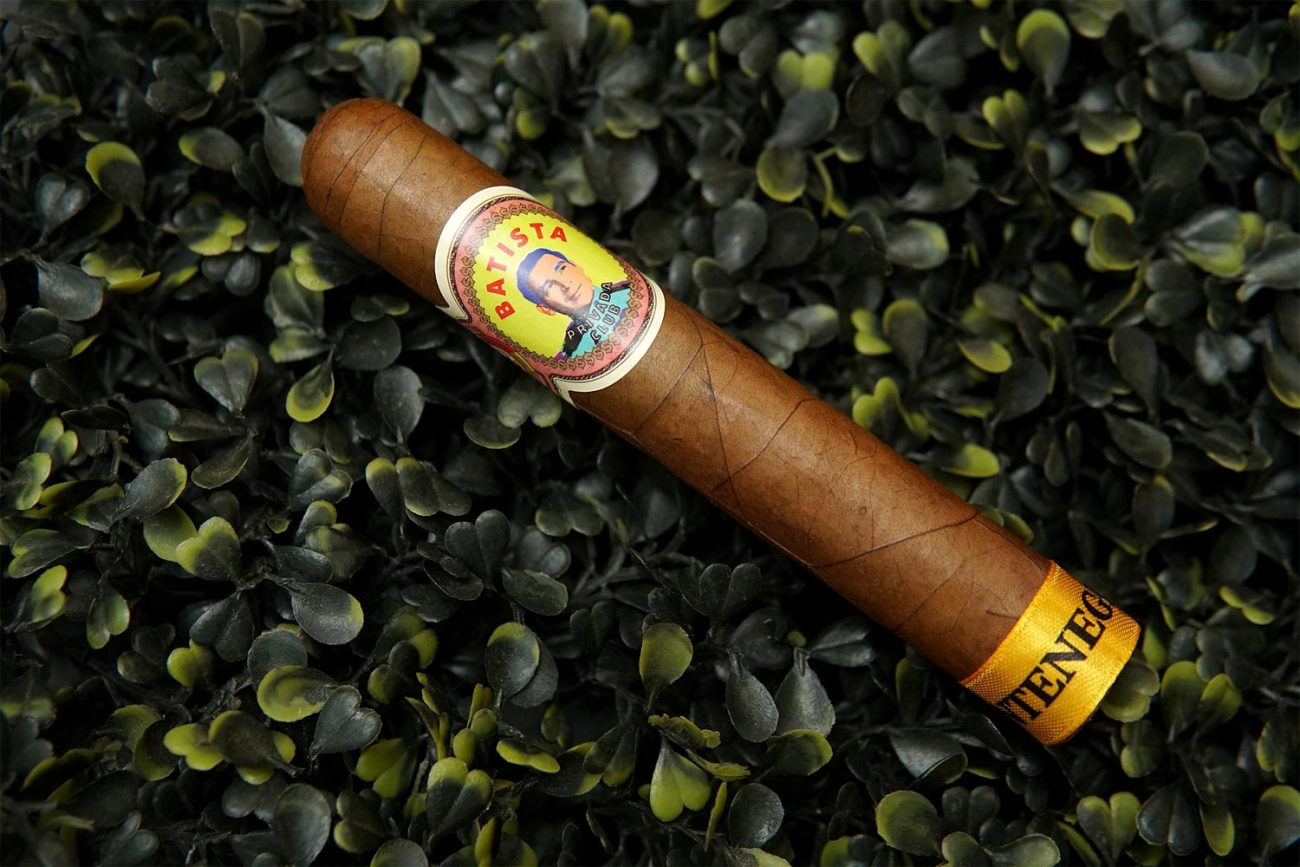 On December 31, 1958, at a New Year’s Eve party, the president of Cuba, Fulgencio Batista, told his cabinet and top officials that he was leaving the country. After seven years, Batista knew his presidency was over, and that it was only a matter of time until Fidel Castro and his rebel forces would take control of the island. Batista fled the island early the next morning. Under Batista, Havana Cuba was the original Las Vegas casino town. It was run by the mob and fueled by gambling and all the things that come with that. There were millions upon millions of dollars coming in and out of Cuba, along with tourists from all over the world.

The band on this cigar is a “what-if?” What if Batista had stayed in power? The band takes inspiration from traditional Cuban bands, but re worked in the vintage neon casino style. Would this be what “traditional” cigar bands look like had Batista stayed?

The blend is an 8-year-aged, 5.5×55, Nicaraguan Puro rolled at Montenegro’s factory, Tabacalera Montengro. The blend, style, and flavors of this cigar are all classic, which is why this blend was chosen to become “Batista.”

Smoothest maduro-wrapped cigar ever. Dr. Gaby Kafie wanted to create for us a blend using a Mexican San Andres wrapper that was not overpowered by strong fillers and binder, allowing one to experience the authentic taste of the San Andres leaf. This cigar is proof that a Mexican San Andres wrapper by itself does not create a strong cigar. The binder is a Honduran Criollo 98, the filers are all Honduran, and the cigar was rolled at Tabacalera Kafie in Honduras.

The 6 x46 cigar is named after the Mexican Grey Wolf, which is nearly extinct with less than 100 left in the wild.

As always these cigars are very limited and are on sale Today at Smoke Rings. Call the shop at (321) 453-1422 for more information or to order yours before they are gone.