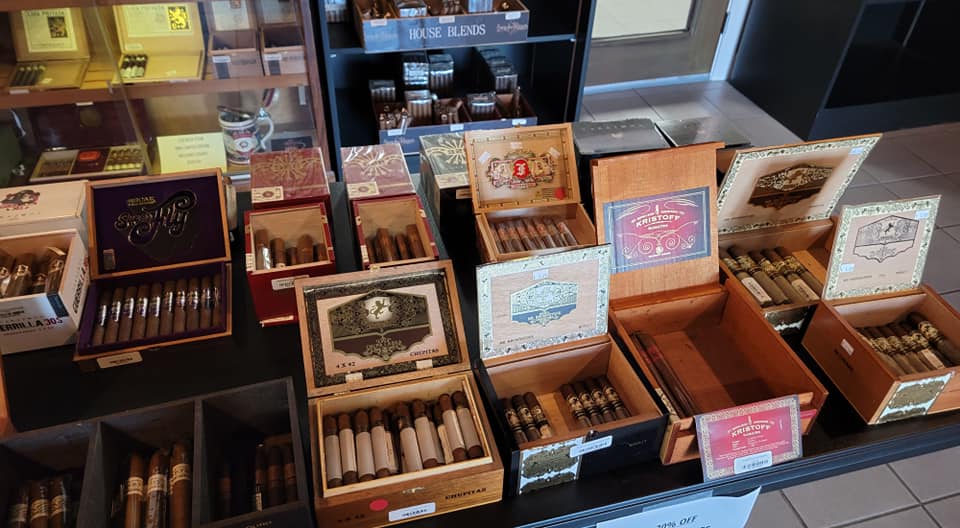 Cigars have been around for a long time. However, many things in the cigar world may not be apparent to the casual enthusiast. This article will give you everything you need to know about cigars! We’ll cover topics like how cigars are made, what types of cigars exist, and where to buy them. Whether you want a new hobby or just love having an occasional cigar with friends in a cigar lounge in Brevard County, this guide is perfect for any level of knowledge about tobacco products.

What are cigars, and what are they made of?

Cigars are products made from a tobacco leaf that is wrapped in many layers of dried, fermented leaves.  The filler and binder are both made from tobacco, and the wrapper is usually either a natural leaf or an artificial leaf.  Different countries and regions have different ways of making their cigars, but all types are made with tobacco.

While Cuban cigars are considered the world’s most popular, they didn’t originate on the island. According to an article from Time Magazine, it remains unknown where exactly we can trace the origins of cigar smoking. But historians generally believe that cigar smoking can be traced back to ancient Mayans. In Guatemala, a ceramic pot was discovered that dates back as far as the 10th century showed a depiction of a Mayan puffing tobacco leaves tied up with a string. Moreover, supporting evidence of this theory is the existence of the Mayan word ‘sikar’ which means ‘to smoke’.

By the 19th century, the popularity of cigars had spread around the world, especially in the United States. By the early 20th century, many Cuban cigar-makers migrated to Florida where eventually hand-rolled cigars became the primary industry in Tampa, earning the nickname ‘Cigar City’.

Cigars are made in a large variety of sizes, shapes, flavors, and strengths to satisfy the needs of any smoker.  But the three main components of a cigar you need to know are the filler, the wrapper, and the binder.

This is the interior part of the cigar that is made from tobacco, and it’s what gives the cigar its flavor. It’s either made by a mix of different tobacco blends or just one specific variety. The filler can either be cut-shortleaf or longleaf.

This is the outermost layer of a cigar and the part that gives off the majority of the cigar’s flavor and aroma.  If you are buying a cigar for the first time, look into its wrapper carefully as it will indicate how the cigar will taste and smoke.

This is the middle layer that keeps the cigar together. Generally, the binder is where you will find the company’s logo or any identifying marks that will indicate its origin and make.

There are many types of cigars, and they can be classified in different ways. The most common way to classify a cigar is by size.  Cigars are sold in a variety of sizes to suit the smoker’s preference. In the United States, cigars are classified into three major types: large cigars, cigarillos, and little cigars.

This cigar typically contains at least half an ounce of aged, fermented tobacco. Smoking this type of cigar usually takes an hour or two.

This cigar is shorter than a large cigar which is about 3-4 inches. Typically, a cigarillo contains about 3 grams of tobacco. It is known to not have a filter. This type of cigar can be smoked quicker than large cigars.

This cigar is much smaller and typically has the same size as a cigarette. Little cigars are known to have filters.

Your cigar accessories can make or break your whole cigar experience, so make sure you have quality accessories that will ease your smoking experience.

How to choose the right cigar for you?

In choosing the right cigar for you, first, consider what type of tobacco you want to smoke.  Do you want a deep or mild flavor? Do you want it to be soft and smooth, medium-bodied, or full-bodied?  Do you want a sweet taste, or do you prefer it to be spicy? These are all questions you need to ask yourself before deciding on which cigar is right for you.

Next, consider the size. Just like any other luxury item, it matters to know your preference when it comes to cigar sizes.

Lastly, think about the occasion and what type of cigar would be appropriate.

A cigar lounge is an excellent place to find like-minded people who can help you choose the right cigar for you.

What cigar brands should I consider?

There are many cigar brands to consider, and each one has its own unique features. A reputable cigar lounge in Brevard County, Smoke Rings ’72, has some of the best cigar brands you should look into. This includes:

Where to purchase your cigars?

When purchasing a cigar, it is important to consider the following aspects:

Above all, it is important to get your cigars from trusted and reputable sources. If you are new to cigars, you must pay close attention to the wrapper quality and origin of the cigar leaf.  These are the two most important aspects of cigar selection.

Cigar smoking has a rich history which is why it remains one of the most popular types of smoking in today’s day and age. For many people, a cigar is more than just a cigar. It is a way of life that’s beautifully steeped in ritual and tradition, with many enthusiasts coming together in a cigar lounge to enjoy the rich culture and tradition. It provides a luxurious experience like no other.