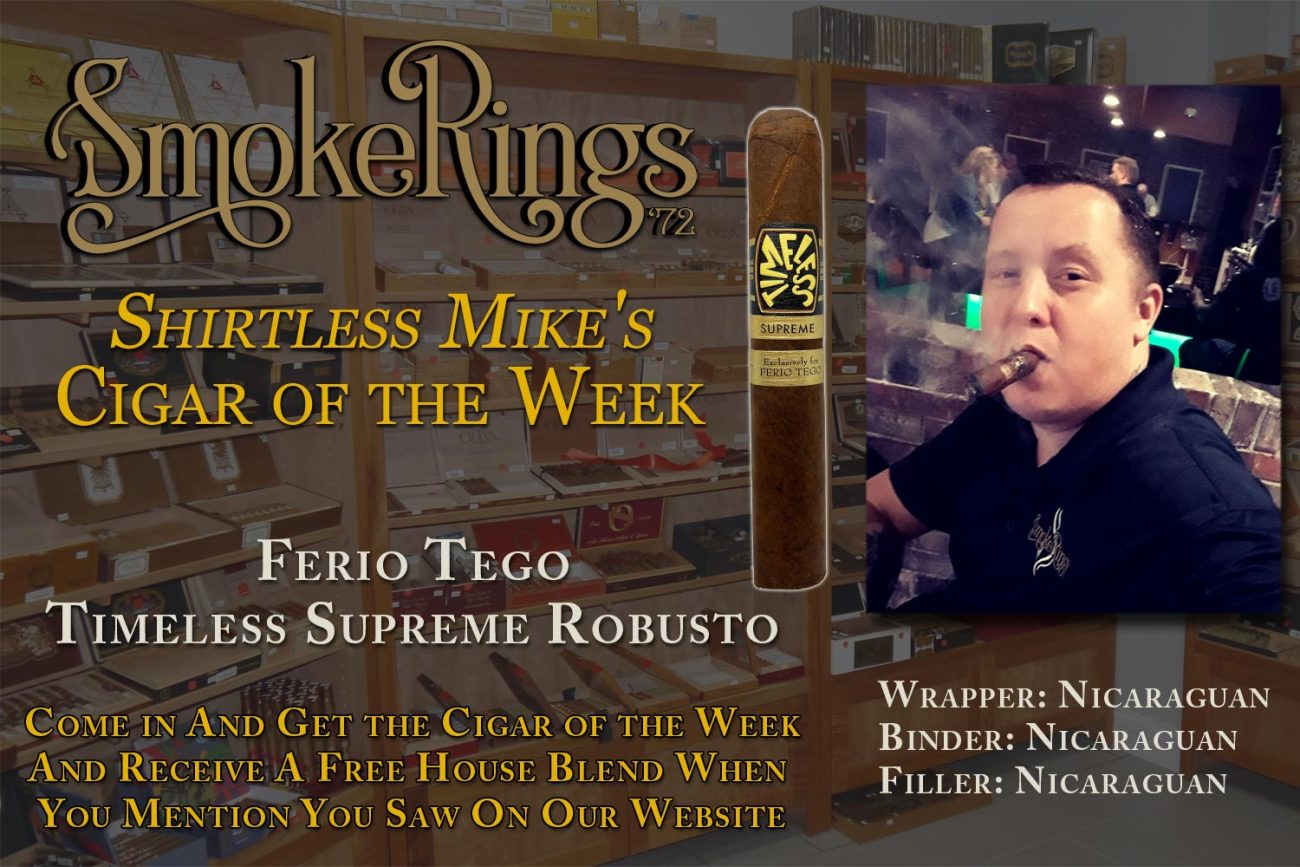 Timeless Supreme is something new to our humidor recently. You might remember Nat Sherman’s timeless cigar, now that Nat Sherman is out of business Michael Herklots who used to work for Nat Sherman decided to buy the rights to use the Timeless and Metropolitan blends known by Nat Sherman and from there he started his own brand Ferio Tego. While a young brand it has taken off over the last few years due to Herklots’ cigar industry reputation and the peoples’ desire to see him do good in his new venture. Now let’s light up the Timeless Supreme and see how it is!

Upon first light I got some graham cracker and light pepper right off the bat. After smoking for a few minutes those flavor notes were combined with some earth and spice while the pepper notes gently faded out during the smoke. A little while later I got some citrus notes coated by a hint of cream. At about the halfway point the cigar mellowed out but brought back spicy notes that weren’t as prevalent but still noticeable. This cigar is like a roller coaster because a few minutes after noticing that transition the cigar transitioned yet again and brought in some very noticeable black pepper and coffee notes with a little bit of cocoa on the backend. The flavor has intensified and went from black pepper notes to red pepper and added a little more of a spicy element.

While smoking I continued to get an earthy note in my mouth as an aftertaste. I rarely get an after taste with cigars that varies from the other notes that I get, but this was that rare instance that it happened! Towards the end of smoking this cigar it remained the same and without any bitterness at the end.

Throughout the whole smoke it remained a medium to full body cigar but not a super full bodied cigar. This cigar burned well, the ash held on great so there isn’t more you can ask for. We carry 3 sizes of the Ferio Tego Timeless Supreme Robusto, torpedo and Gordo. All three are box-pressed and are located right in front of our humidor as you walk in.

If you miss it you probably had your eye on something else! This is certainly a cigar I think you should try. Who knows it could become your new favorite cigar. Don’t sleep on this one for sure!