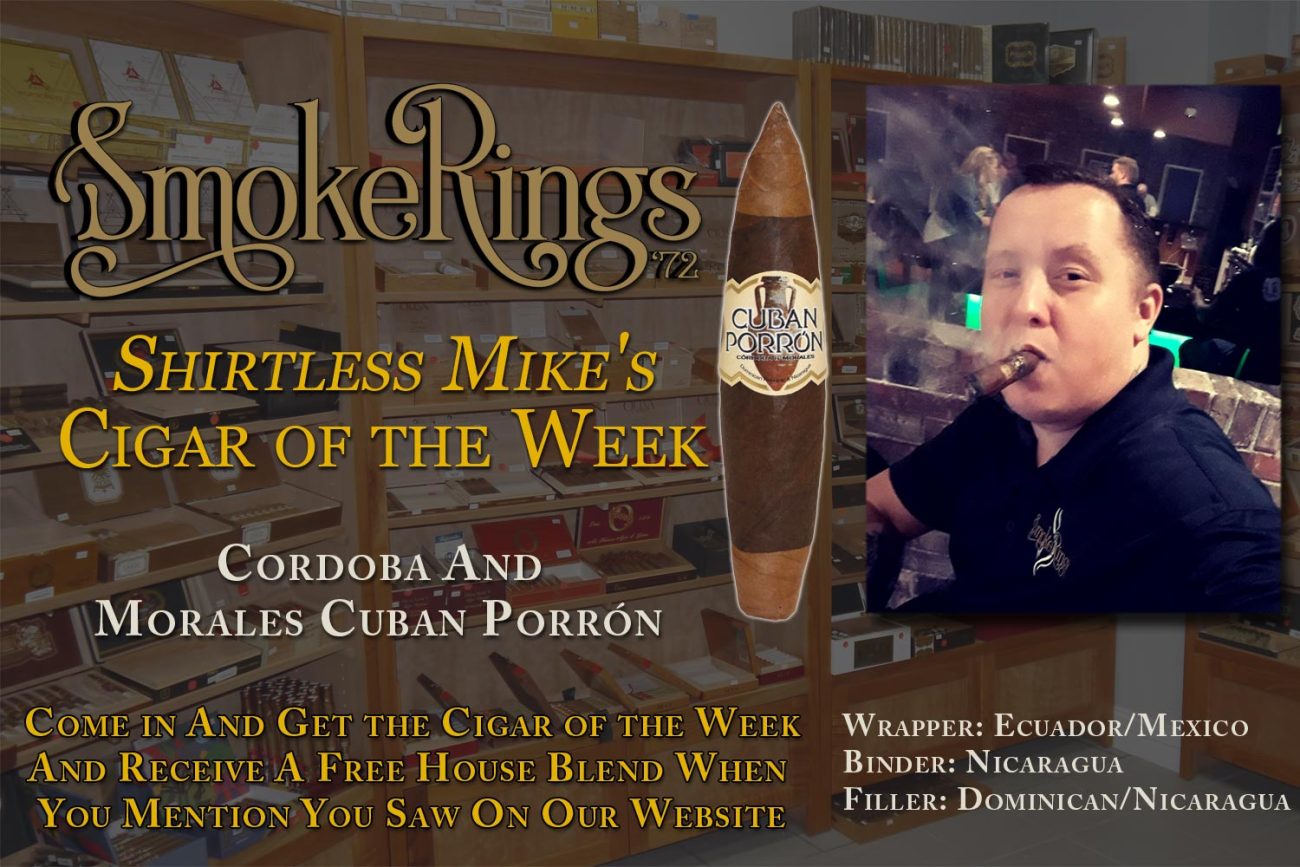 You get 2 awesome experiences with each cigar which are in the same box. For this review I am smoking the San Andreas wrapper so these are what my notes will consist of. Cuban Porron got its name because it is a double figurado and kind of looks like a Parron which is used for communal wine drinking. The start of this cigar is very mild and I got some nice leather notes to start.

After a little while of smoking I started to taste notes of hay and also had some creaminess to the smoke and eventually I got a small amount of spice on the back end. For a cigar with a San Andreas wrapper it isn’t a super heavy cigar. I would put it around a solid light medium smoke. Towards the end of the cigar I started to get a little bit of black pepper and very faint cocoa notes. The transitions aren’t many but they are noticeable on this cigar.

Overall it is a nice change up from what I normally smoke. I am not big on figurados but I would definitely recommend this cigar to you if you want to try something different. Check it out next time you come in!